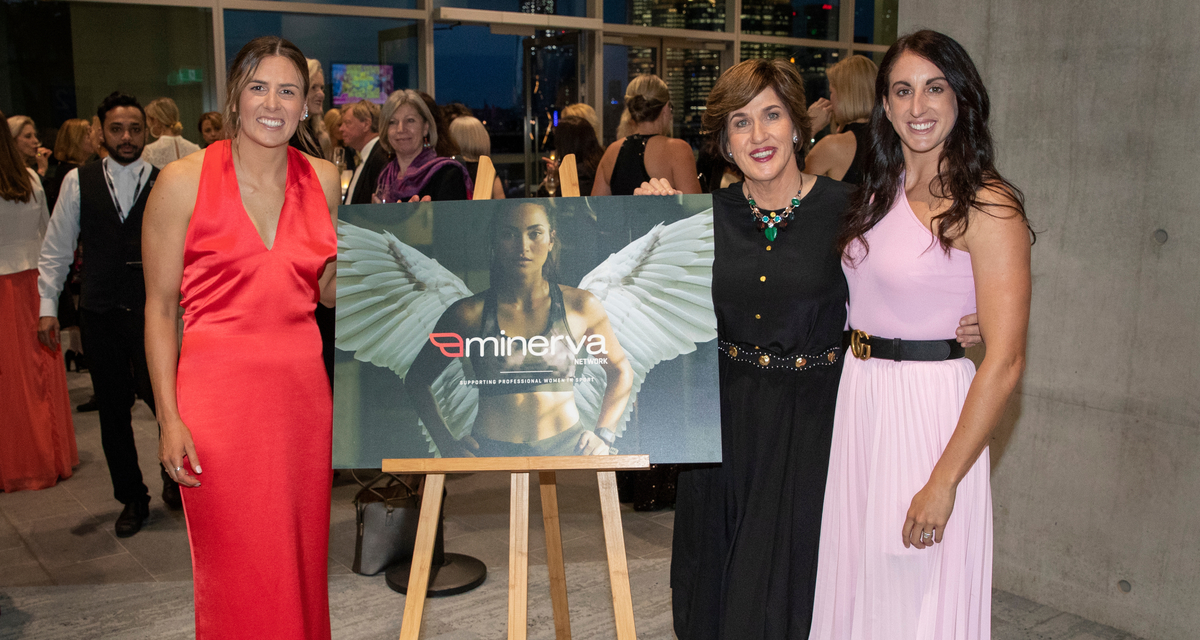 The night Chief Executives and Minerva athletes came together.

Star athletes Maddy Proud, from the Suncorp Super Netball title-winning NSW Swifts, and Alicia Quirk, an Aussie 7s rugby Olympic gold medallist, were among the special guests at the Chief Executive Women’s Annual Dinner, one of the most prestigious events in Australia’s corporate calendar. It is attended by CEOs and their management teams from across the country.

The dinner is CEW’s most important fundraising event and these funds are used to directly support the scholarships and programs run by CEW to enable more women leaders in Australia.

The 2019 CEW Annual Dinner was held at ICC Sydney on Thursday 19 September.

There is great synergy between CEW and the Minerva Network, the latter set up to enable women leaders support emerging female athletes in the business of sport.

However, Maddy was Proud in name, proud in nature as she spurred her teammates on to victory from the sidelines . . . the Swifts upsetting the Lightning to win by 17 goals.

Quirk played every minute of every game during her country's successful Olympic Games campaign in Rio in August 2016. A qualified physiotherapist, Quirk is one of the leaders of the Aussie Sevens squad both on and off the field.

Joining Maddy and Alicia at the CEW Dinner was Elana Withnall, a former Australian athletics team captain and IAAF Oceania heptathlon champion who has now turned her hand to 7s rugby.

The Minerva mission is to support professional sportswomen, helping them to maximise their opportunities on and off the field, enabled by a network of leading businesswomen.