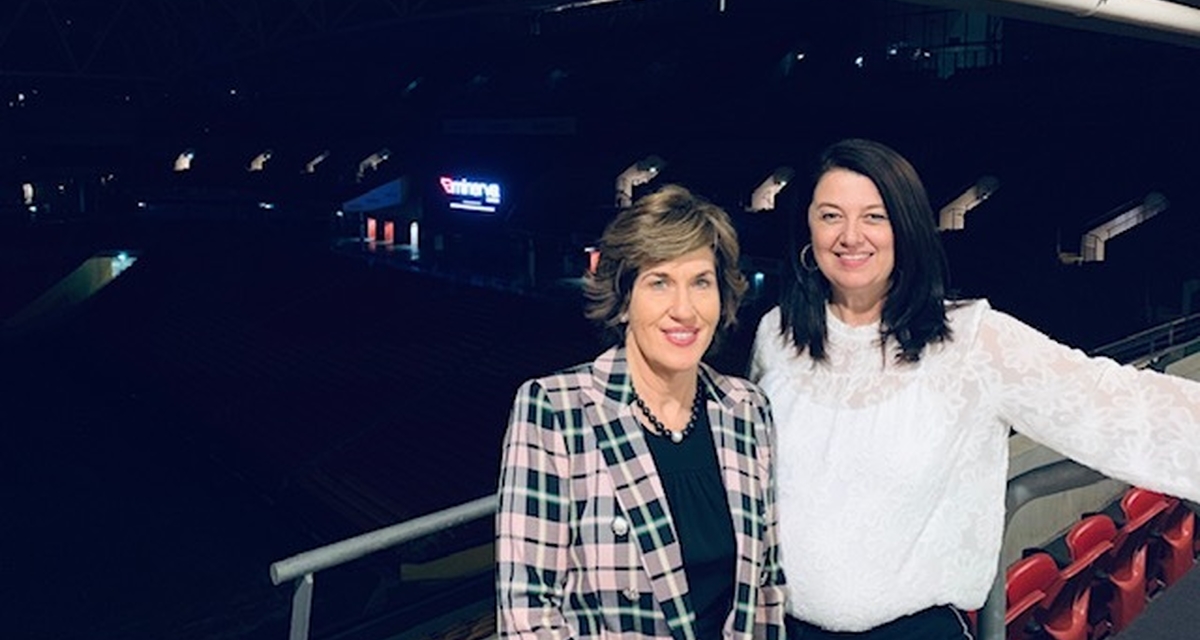 Thank you Minerva sponsors and supporters.

Minerva Chairman Christine McLoughlin and Co-founders wish to thank their sponsors and in-kind supporters for their roles in the Network’s growing success.

Since launching in March 2018, the Minerva Network has stood behind some of Australia’s most prominent sportswomen.

Minerva has successfully created opportunities in areas such as mentoring, sponsorship and personal branding, with a focus to help provide female athletes with career pathways beyond sport.

Venues NSW has played a “rewarding part” in the Minerva Network by delivering venues that welcome and embrace female athletes at the world stage.

Venues NSW Chief Executive Paul Doorn said one of the “biggest highlights” so far has been supporting Minerva Stars this year at the Bankwest Stadium — a world-class venue at the forefront of “ensuring equality” in Australian sport.

“Venues NSW is proud to support the Minerva Network and looks forward to continuing our work to strengthen the position of women in Australia’s sporting landscape,” he said.

Ms Drummond praised the talented business leaders who are “changing the paradigm” for “outstanding” athletes.

“I really value the effort made by the founders to actually take action,” she said.

“There is so much talk in the diversity space and sometimes not enough action.”

“Minerva are championing both sport and equality,” he said.

“It’s excellent to see the athletes being nurtured and their rights protected as their world becomes increasingly influential in society.”

Sponsors and in-kind supporters of the Minerva Network include: