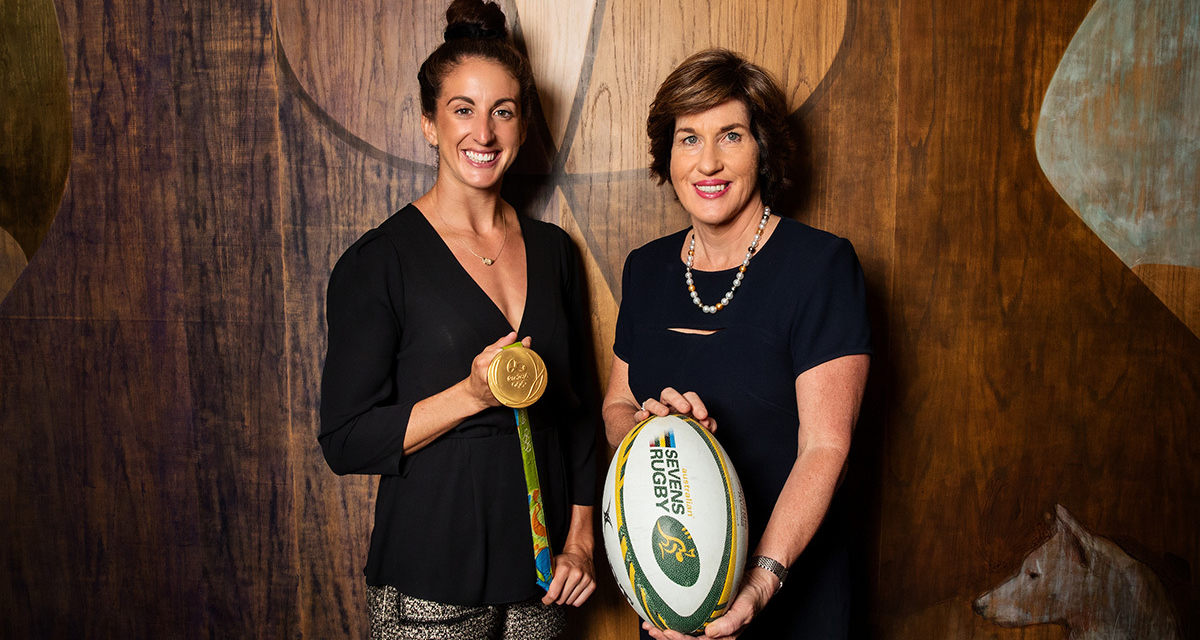 Quirk Quick to join the Network.

There’s nothing quite like an Olympic gold medal to catapult an athlete into the limelight. Just ask Alicia Quirk.

For her part in the Australian Pearls’ unforgettable success at the 2016 Rio Games, Quirk secured her place on the nation’s sporting honour roll, and soon discovered how such an accomplishment translates off the field.

“The opportunities were endless, and it was really exciting,” Quirk recalls.

“Everyone was really keen to be on board with the women's game and the brand that we'd created for ourselves.

“There was interest from agents, there were corporate speaking opportunities, there were sponsorship opportunities – all those kinds of things. But a lot of it was very hard to navigate because we were so busy.”

Although many assumed the closing ceremony would mark the end of the Pearls’ commitments until Tokyo 2020, the team had just three weeks off before resuming full-time training. Such is the growth of the women’s game.

It is progress like this that has led to this week’s launch of the Minerva Network – a mentor program aimed at helping elite sportswomen leverage commercial opportunities and broaden off-field prospects.

“Even in the short time I have been involved, the Network has provided experience you just couldn’t buy,” she says.

“Understanding and negotiating contracts, leadership advice, networking opportunities…and how to navigate all this while staying true to what people love about female athletes.

“It’s about women empowering women, which is such a great philosophy.”

Although she has benefitted from meeting a number of the Minerva mentors, Quirk is officially teamed with the Network’s chair and co-founder, Christine McLoughlin.

The pair was bound to connect eventually with both hailing from Wagga Wagga, the ‘City of Good Sports’.

The two families were already friends, but Quirk only met McLoughlin recently. On the persistent advice of McLoughlin’s father, whom she used to serve at Wagga’s RSL club, Quirk reached out to the Venues NSW Board Director for professional guidance.

The resulting partnership, as well as McLoughlin’s connections with other elite sportswomen such as cricketers Rachael Haynes and Alyssa Healy, marked Minerva’s informal beginnings.

“Some of these athletes are still learning what questions they should ask and what expectations they can have,” she says.

It seems some codes might be coming to terms with the value of their elite women, too. In January, Rugby Australia and the Rugby Union Players’ Association announced a new collective bargaining agreement, which included pay parity between the men’s and women’s squads (base salary) as well as a landmark Pregnancy Policy.

“There's been a massive leap in a short amount of time,” says Quirk. “Girls are being thrown into the spotlight, which they've been wanting for so long, but they've never really had.

“Minerva's a really great avenue to for proper guidance and respect, and to help us navigate the space in really positive way.”