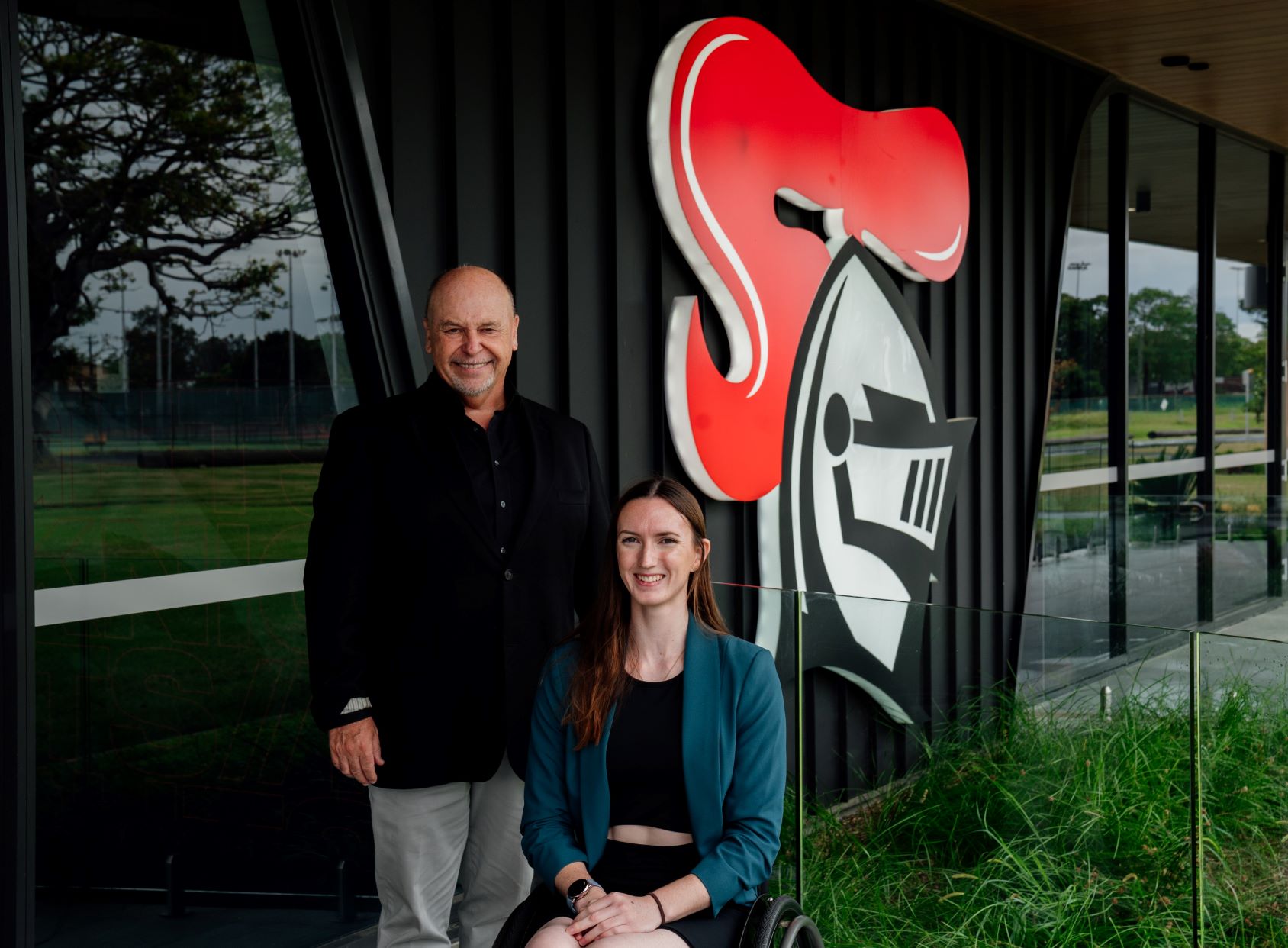 The $10,000 12-month scholarship will enable Fisher to progress her Medical Sonography studies at Central Queensland University while continuing her training in Sydney.

Aimee Fisher, 20, grew up in Maitland where she spent her early life competing as a gymnast. Fisher’s life changed drastically in 2017 after a fall in gymnastics resulted in a spinal cord injury, leaving her paraplegic.

“After three weeks in hospital and nine weeks in rehab, I was left reconsidering where I thought my life would go, and how my passion for sport would fit in to my new reality,” said Fisher.

Six weeks after her injury, Fisher tried wheelchair racing for the first time, meeting inspirational athletes like Madison De Rozario and Louise Sauvage who inspired her to pursue her goals of being a professional sportsperson.

Since then, Fisher has set the Under 18 and 20 Australian Record for F55 Shot Put and Discus, won medals in the 100m, 200m and 400m at the para–Australian Track and Field Championships, and is further developing her skills as part of the Athletics Australia National Athlete Support Scheme.

“What Aimee has achieved in sport and in life is impressive in its own right, and the obstacles she has had to overcome to make it happen have only made her achievements more outstanding,” said Gardner.

“Our club is committed to creating and supporting pathways for women in sport, and I’m thrilled to be able to offer this year’s Newcastle Knights Minerva Scholarship to help Aimee realise her dream career in diagnostic radiography while also training at an elite level.”

Christine McLoughlin AM, Chairman and Co-Founder of Minerva Network, says Aimee Fisher was the fourth young Australian athlete and first para-athlete to be awarded a scholarship under the Minerva Network Scholarships Program, launched in September 2020.

“We know from working with elite athletes over the past four years at the Minerva Network that they juggle training, competing and part-time work to pay the bills, along with their studies. For para-athletes, this balance is often compounded with pre-conceived prejudice over their abilities,” said Ms. McLoughlin.

“In recognition of her inspiring achievements, we’re proud to offer Aimee Fisher the Newcastle Knights Minerva Scholarship, which will enable her to compete and train while she completes her studies.”

Fisher is in her third year of studying for her Bachelor of Medical Sonography, with her aim to complete a Master of Medical Ultrasound in the future.

“As a para-athlete, I feel as though I have two identities in the eyes of others, one as an everyday wheelchair user and one as an inspiring athlete. Sometimes it’s hard to juggle others’ expectations of me, but I hope that with this scholarship I can play a part in broadening peoples’ horizons, helping them to see the people for who they are, their skills and goals both in and out of sport,” said Fisher.

The Minerva Network currently supports more than 250 athletes from more than 50 sports. The Minerva Network is the only organisation of its kind – offering elite sportswomen an opportunity to regularly network with other athletes from all sports and access to mentoring from some of the most senior professional women in Australia. Minerva provides a link between sport and business for elite sportswomen to navigate their career while competing, and to prepare them to lead in their careers after they retire from sport.