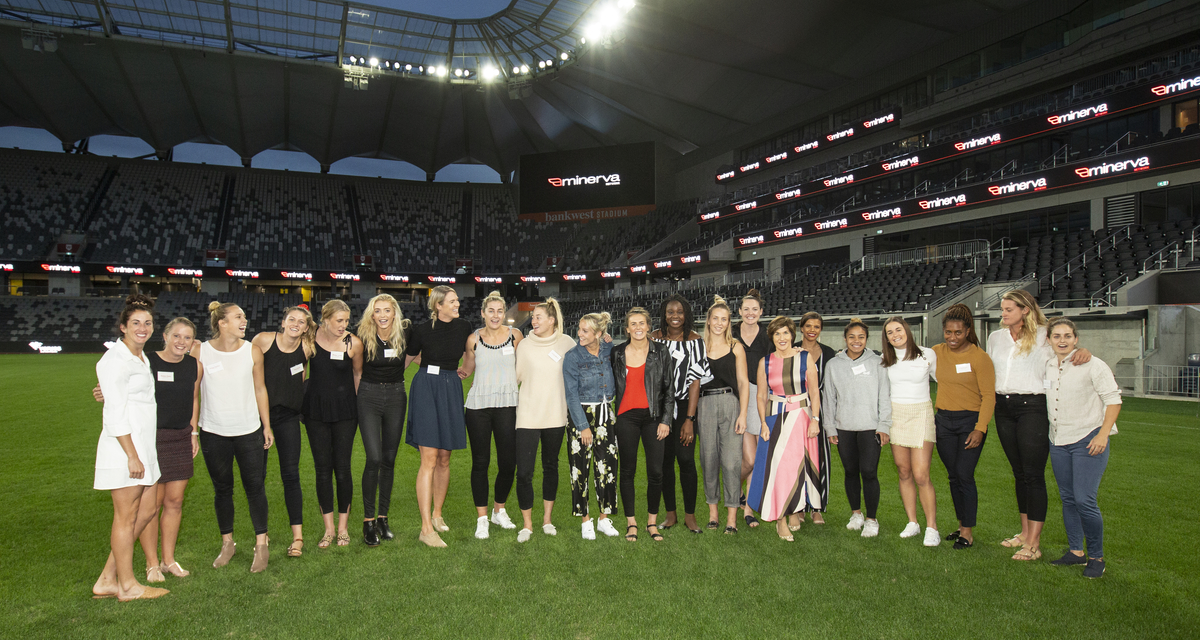 THEY excel in a range of different sports – from the rugby codes, football, AFL and cricket, to netball, tennis, rowing and athletics.

However, the star female athletes who stepped out on to the new Bankwest Stadium turf on Tuesday night came together with a common purpose.

They are determined to close the gap between on-field activities and off-field success by helping one another understand their full potential both on and off the field, including how to benefit from the commerce of sport.
The Minerva Network was established to help elite sportswomen identify and navigate commercial challenges through meaningful mentor-mentee relationships.

Healy, Quirk and Whyman were among the athletes at Bankwest Stadium for Tuesday night’s Minerva Network Workshop and Cocktail Event.

Marketing guru Adam Ferrier, of Thinkerbell fame, took the athletes on a journey in relation to their personal brands. Humorous, self-deprecating and speaking from great experience, the athletes were inspired to visualise their own brands and ways to elevate them.

Glenn Jackson, the Executive Director of Human Resources at QIC, spoke about Strategic Career Management and encouraged the athletes to make the most of the opportunities coming their way.

Australian Rugby 7s player Alicia Quirk summed up the evening when she said: “Fundamentally I believe female athletes are the greatest role models and best, most easily marketed athletes, so it’s great that there’s now a platform like Minerva Network for this to happen.

“I feel very privileged to be part of the Network and it’s always wonderful to catch up with athletes from other sports at our events.”

Creating a spectacular backdrop for the event, Bankwest Stadium lit up as the athletes congregated on the pitch with the Enigma-inspired Minerva Network branding appearing on the big screens and on the LED ribbons that run around the seating bowl.

The success of Minerva would not have been possible without the backing of sponsors such as Enigma, the creative firm behind the network’s branding and website, and major support from Venues NSW, the NSW Government agency that oversees Bankwest Stadium, and VenuesLive, the leading venue management company that operates the Stadium.