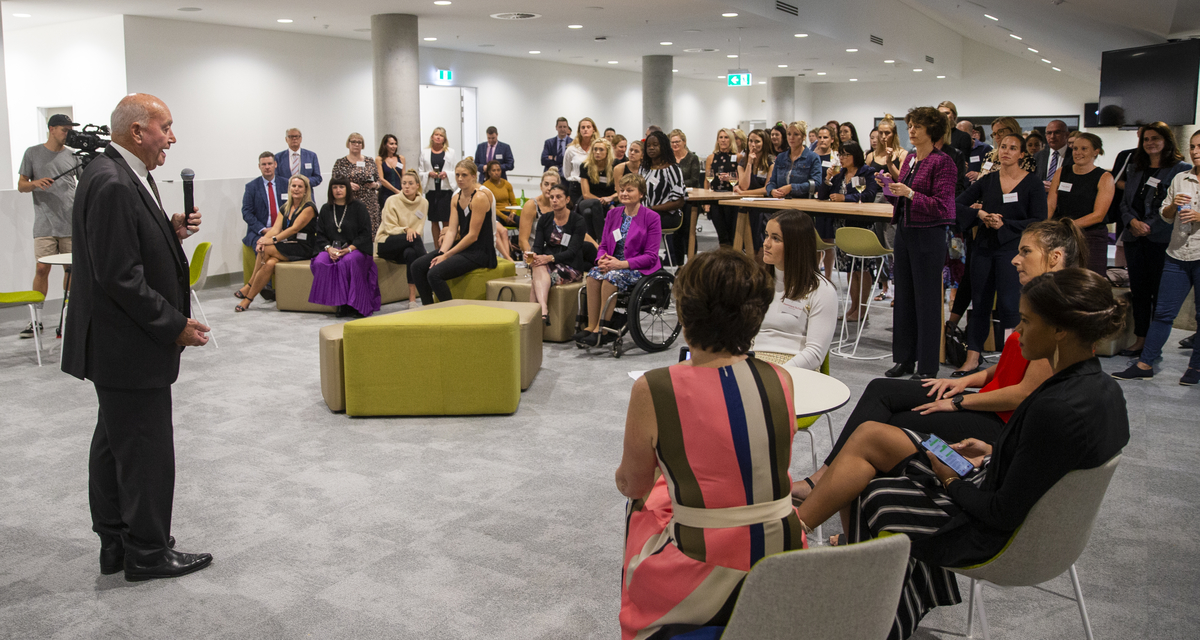 Minerva Stars learn to brighten their spark with branding gurus.

A brand is a promise kept.

That’s the take home message from Adam Ferrier, co-founder of creative agency Thinkerbell, and one of Australia’s most well-regarded communications experts.

Ferrier encouraged Minerva Stars to work out their brand distinctive asset to stand out from their compatriots during the Minerva Network’s Brand & Career-focused workshop at Bankwest Stadium.

The workshop was Minerva’s first major event of 2019, hosted by Venues NSW, represented by CEO Paul Doorn, along with board members John Quayle and Glenn Turner.

The Minerva Network was established to help elite sportswomen navigate commercial challenges on and off the field through formalised training and support.

Western Sydney Wanderers W-League goalkeeper Jada Whyman said: “(The Bankwest) Stadium is just an example for us to be on a bigger stage and to show what we have.”

“I’m not just a sportsperson, I am something beyond that and (to know) that my career is only quite short lived… you kind of have to plan for beyond that,” Australian Rugby Sevens player Alicia Quirk said.

Glenn Jackson, Executive Director of Human Resources at QIC, said it was important for athletes to plan ahead with their brand.

Alyssa Healy, cricketer for Australia’s national women’s team and News South Wales domestic team, said it was challenging to get your branding “right”, not just for sponsorship, but also for later in life to transition into the corporate world.

“I think naturally as females, we find it hard to put ourselves out there and talk about ourselves and what we’ve achieved,” she said.

While Ferrier conceded it was hard to make your personal brand stand out, he said there are ways to build your own brand in a market where female athletes are regarded as “pretty much the same”.

“A well managed brand is valuable. I see it as an opportunity for women to find the avenue to think about what their brand stands for,” he said.

“It takes a bit of discipline, no matter what that brand is, and consistency.”