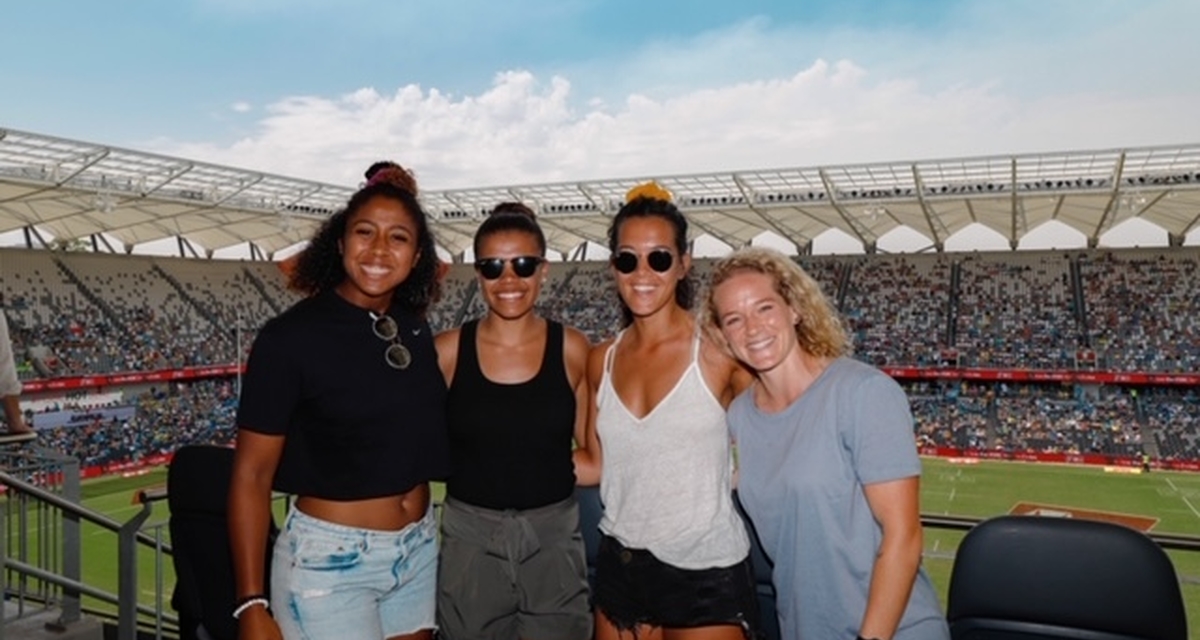 The inspirational @Aussie7s women fought back from the heartbreak of finals elimination to take the Bronze Medal at the #Sydney7s @BankwestStadium Sunday night . . . and they were cheered on by a host of Minerva stars in the crowd.

The Australians beat France 12-10 in the Bronze Medal match as New Zealand took the #Sydney7s women’s title after the tournament finals were delayed for 30 minutes after a violent storm lashed Western Sydney after two days of soaring temperatures. Earlier in the day, the Aussie 7s women were beaten by emerging Sevens rugby power Canada in their semi-final.

After going through their pool matches undefeated, Australia’s reigning Olympic champions showed they will again be a highly competitive team at the #Tokyo2020 Olympics from 24 July to 9 August.

Watching in the stands were a host of outstanding female athletes from other codes, including prominent Minerva Network star Maddy Proud with fellow NSW Swifts Sarah Klau and Helen Housby. Another Minerva star, Jada Whyman, was also in the stands alongside several Western Sydney Wander Women teammates.

In the men’s final, Fiji won the Gold Medal by beating South Africa in the Final 12-10, cheered on by thousands of boisterous Fijian fans in the stands.

In total, there were 60 games played between the 18 competing nations over two days as rugby fans dug deep and braved the hottest weekend ever experienced in the World Rugby Sevens series.

A crowd of 34,212 lapped up the colour, energy and excitement of the event with the Sydney 7s Festival in the stadium precinct a major hit, and with some amazing support and inspired outfits on display.