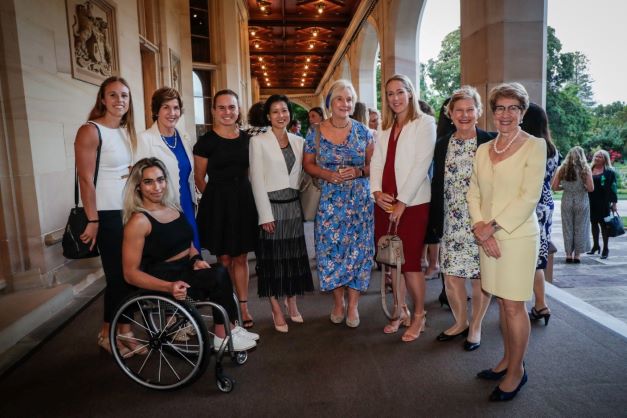 The Minerva Network has today applauded the NSW Government’s implementation of a new advisory body designed to provide strategic advice for government on how to fast-track women to take part in all levels of sport, both on and off the field.

NSW Minister for Sport Natalie Ward announced on Thursday the formation of The Game Changers Ministerial Advisory Council, aimed at accelerating change in sport to encourage participation and leadership.

Minister Ward also announced that Christine McLoughlin AM would chair the new Advisory Council. Christine is also Chairman and Co-Founder of the Minerva Network, and also Chairman of Destination NSW.

Ms McLoughlin said today she was honoured to be asked to chair the new advisory body and said it reflected positively on the success of the Minerva Network over the past four years.

“The formation of the Game Changers Ministerial Advisory Council aligns with the strategic vision and purpose of Minerva which aims to enable elite women in sport to maximise their opportunities on and off the field, supported by a network of leading professionals,” Ms McLoughlin said.

“We see this as an important step toward fast-tracking women to take part in all levels of sport and to step into these roles as leaders in sporting organisations, business and the community.

“The Minerva Network has supported the NSW Government’s Her Sport Her Way strategy for over 18 months and this is an important next step in bringing about real change.

Ms McLoughlin said the Minerva Network has women leaders across Australia as part of its network, with vast leadership knowledge that can be leveraged to inform the Advisory Council and ensure the NSW Government has maximum impact in this space.

She added that Minerva has women business leaders and athletes in Australia across 50 different sports.

Other prominent business and community leaders appointed to the Advisory Council are:

The Council forms part of the NSW Government’s women in sport strategy Her Sport Her Way, which aims to increase female participation in sport, including in leadership roles, and maximise investment in facilities.

The first meeting of the Advisory Council will be held in February 2022.