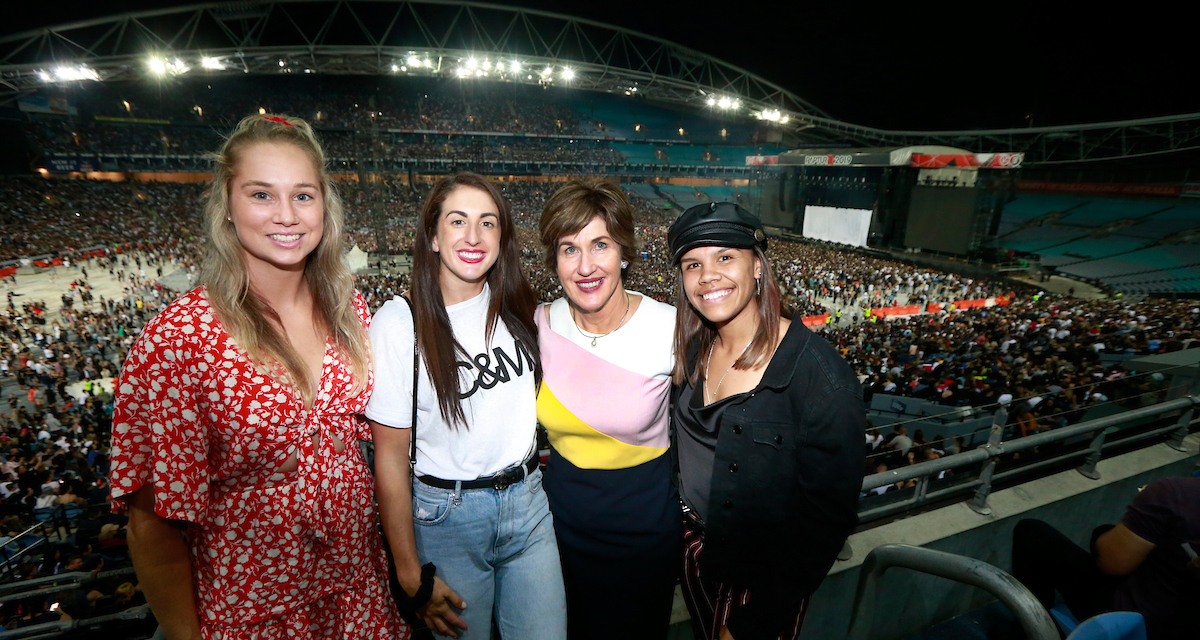 Among the 70,000 Slim Shady fans at ANZ Stadium were a handful of Australia’s female sporting elite who rubbed shoulders with some of the country’s most successful business women.

Minerva Network Chairman and Co-Founder Christine McLoughlin was joined by Channel 9 sports presenter Erin Molan, who was on hand to share her knowledge of the sports media landscape with the athletes.

The Minerva Network has been established to help elite sportswomen identify and navigate commercial challenges through meaningful mentor-mentee relationships.
The Network is helping athletes close the gap between on-field activities and off-field success by helping them understand their full potential both on and off the field, including how to benefit from the commerce of sport.