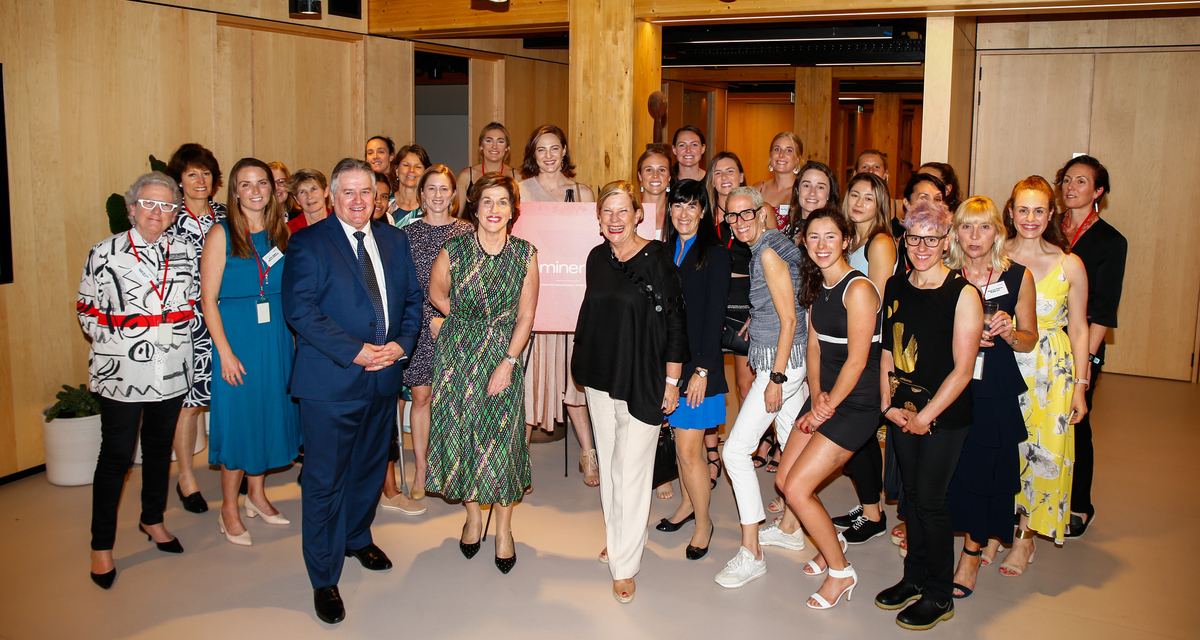 Minerva Network proud to team up with Accenture in new sponsorship arrangement.

Image:
Minerva Network Founders, Stars, Mentors and the team at Accenture came together to support Women in Sport at this evenings hugely successful event. Photo curtesy of Emma Rothfield.

MINERVA Network Chairman Christine McLoughlin has welcomed a new sponsorship with Accenture Australia, saying its support will further help Australia’s elite sportswomen realise their full potential on and off the field.

The new sponsorship with Accenture was formally announced at a Minerva Network end-of-year function at Accenture’s Sydney office in Barangaroo, where Olympic swimming champion Cate Campbell  delivered the keynote address.

“We are delighted to have Accenture on board to enable us to accelerate the delivery of our programs in support of women in sport and, by doing so, also build future leadership capability for Australia,” Ms McLoughlin said.

“The beauty of the Minerva Network is that you have some of Australia’s leading business women mentoring our rising stars of sport who, in turn, are extraordinary role models for thousands of boys and girls, and future leaders in our communities.

“We thank Accenture for joining us on this journey as it is an organisation whose values and goals are fully aligned with the Minerva Network, especially around diversity and inclusion and leadership capability in the broadest sense.”

Mr Bob Easton, Chairman, Accenture Australia and New Zealand, said: “Supporting the Minerva Network is a natural fit for Accenture as we strive to level the playing field and accelerate gender equality in our communities, in the sporting arena and in our own organisation.

“At Accenture we are committed to gender and pay equality and look forward to working with the Minerva Network to help our female athletes build new skills and create new opportunities to work with corporate Australia. Together we are developing a new generation of leaders.”

Accenture is the first of five foundation sponsors being sought by the Minerva Network as it helps drive Australia’s leading women in sport to new levels of professionalism at a critical time for major international events such as the ICC Women’s T20 World Cup 2020, Tokyo 2020 Olympic & Paralympic Games, and other international and domestic premium competitions where Australia’s leading female athletes will shine.

Established in early 2018, the Minerva Network has already enabled a host of our best known athletes to close the gap between on-field action and off-field success by helping them understand their full potential and their true value in the business world.

The Network now has almost 100 leading athletes working with some of Australia’s most prominent female business leaders, including McLoughlin who is Chairman of the Venues NSW Board and the Suncorp Group, and a Director of nib Holdings.

Ms McLoughlin said: “We are absolutely delighted by what Minerva Network has been able to achieve in its first two years.

“That success is due to the generosity of many female business leaders in supporting our elite female athletes and the enthusiasm with which the athletes, who we refer to as Minerva stars, have embraced being part of the Minerva Network.”

Australia’s leading women have dominated sporting headlines in 2019, with the Matildas becoming the first national women’s sporting team to earn pay parity with their men’s equivalent, the Australian Socceroos.

Among a host of stunning individual and team achievements, Ash Barty rose to world No.1 in singles tennis, becoming only the second Australian WTA singles No.1 after Evonne Goolagong Cawley. The Matildas won the Cup of Nations in March and set a new record attendance for a women’s stand-alone football game at Bankwest Stadium in November.

The Minerva Network is a voluntary organisation committed to helping professional Australian women in sport achieve their dreams on and off the field. We help them to identify and navigate commercial challenges through meaningful mentor-mentee relationships and plan their careers beyond sport. We match our leading athletes with extraordinary Australian business women who have driven their own success in business. Through the Minerva Network, these business leaders now offer their nuggets of professional and personal life experience to help Australian women in sport kick goals and set some serious business targets for themselves. We support elite female athletes who compete in team and individual sports, and we collaborate with leading sporting organisations and governing bodies. Through personal development and upskilling, the Minerva Network is committed to developing future leaders in our communities and for the nation.

Accenture is a leading global professional services company, providing a broad range of services and solutions in strategy, consulting, digital, technology and operations. Combining unmatched experience and specialised skills across more than 40 industries and all business functions — underpinned by the world’s largest delivery network — Accenture works at the intersection of business and technology to help clients improve their performance and create sustainable value for their stakeholders. With 492,000 people serving clients in more than 120 countries, Accenture drives innovation to improve the way the world works and lives. Visit us at www.accenture.com