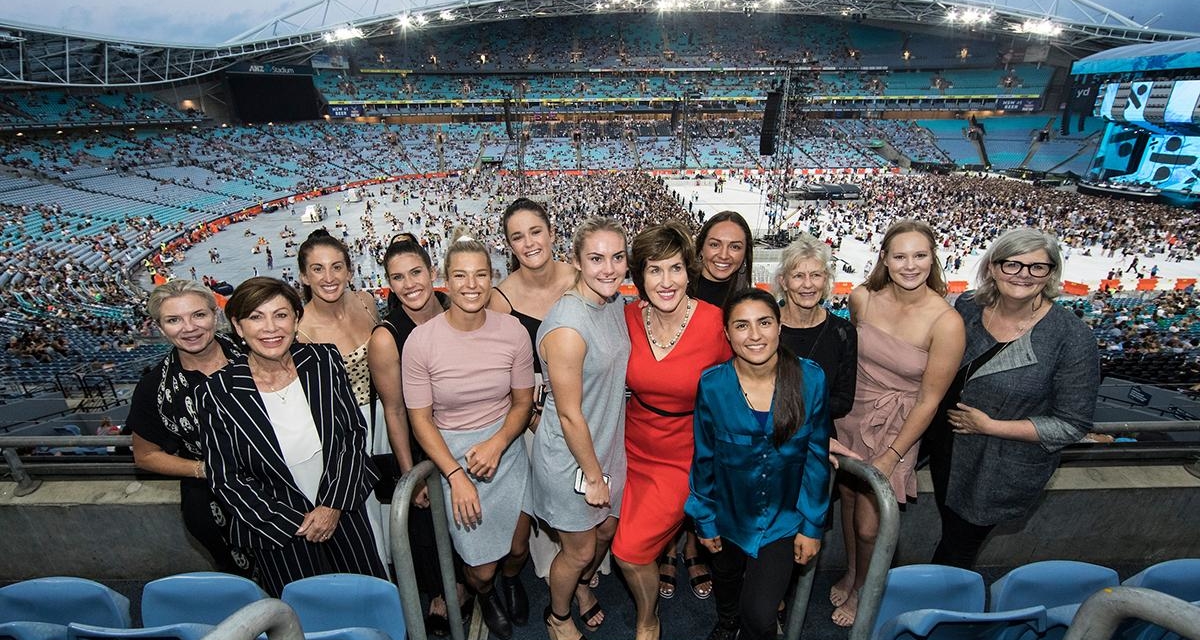 A SELL-OUT crowd descended on ANZ Stadium to see global idol Ed Sheeran open the Sydney leg of his World Tour. But the English singer-songwriter wasn’t the only star being celebrated.

On Level 3, overlooking the enormous crowd, the official launch of the Minerva Network recognised some of Australia’s best sportswomen.

The Minerva Network is a mentor program aimed at supporting elite female athletes both on and off the field.

Last night’s launch brought together influential business leaders and elite athletes in a celebration of women’s sport and the power of collaboration.

She was joined by her co-founders Sam Mostyn, Romilly Madew, Kate Aitken, Raelene Castle and Sue Cato, as well as fellow high-profile businesswomen such as Marina Go, Kerry Chikarovski and Ann Sherry.

McLoughlin, who is, among other things, Chairman of Venues NSW, spoke of her passion for sport and the exciting opportunities the Minerva Network would yield.

“We launch Minerva at a time of great promise for women’s sport in Australia; a time when our elite sportswomen are enjoying unprecedented media coverage and winning over fans – both young and,” she said.

“We have all waited a long time to see women’s sport appropriately acknowledged and celebrated for the first-class showcase of skill and passion that it is.

“Commercially, there’s some catching up to do. We’re going to help them run a little faster.”

While the launch was a women-only affair, Minerva will not be. McLoughlin emphasised there would be various avenues of support outside of the mentor roles. She said she hoped to see backing from all corners.

Sheeran’s famous vocals closed out a wonderful evening; his song The A Team particularly befitting.