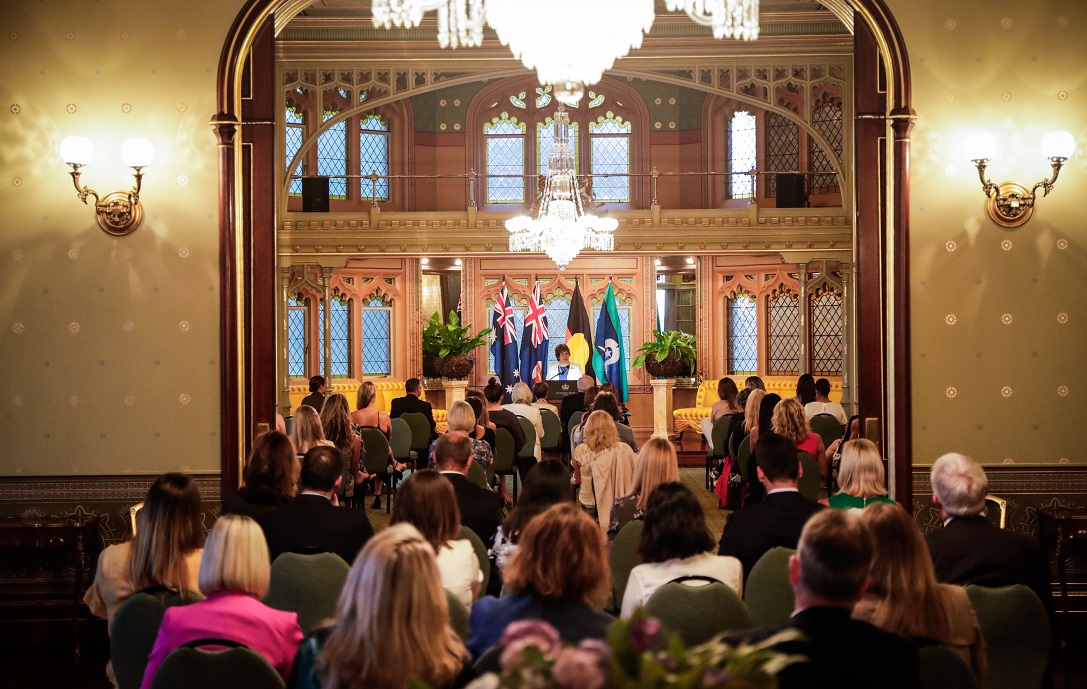 This was an evening to be savoured by everyone who has worked so hard to establish and develop the Minerva Network movement . . . an official Reception at Government House Sydney as guests of Her Excellency, the Honourable Margaret Beazley AC QC and Mr Dennis Wilson.

Four years ago, when a small group of Australia’s elite athletes met for a casual dinner with Christine McLoughlin, Sam Mostyn, Kate Aitken, Romilly Madew and Sue Cato, the seeds were sown for the development of the Minerva Network.

But no one at that early meeting would have dared to dream that the movement they were initiating would be recognised and rewarded at Government House, and during the week in which the nation and the world celebrates International Women’s Day.

As Minerva Network Co-Founder Christine McLoughlin told the audience assembled at Government House: “Her Excellency, forgive us, but this is indeed a `pinch me now’ moment for our group.”

“Four years ago when a few of us met with amazing now Minerva Athletes Alicia Lucas (nee Quirk), Ellie Carpenter, Emma Tonegato and Alyssa Healy to brainstorm what it was that our elite athletes needed to thrive, it was just a concept,” Christine said.

“Every single thing we have done since that date is reflective of that grounding philosophy . . . how do we enable our leading women athletes to thrive on and off the field.

“Common to the Minerva Athletes and the business leaders who are Minerva Mentors is a wicked combination of resilience and ambition- and we all learn from each other.

“The calibre of partners we have such as Accenture, Aurecon and the NSW Office of Sport is reflective of how important our purpose and mission is.

“The Minerva Network is essentially a volunteer-enabled organisation, which makes recognition by the Governor of NSW even more significant. We are incredibly proud.”

Madison, who has her eyes set firmly on the Tokyo Paralympic Games in August this year, said: “When you reach a certain level as an athlete, you quickly find out that you have a platform to be heard, and that we can use this platform to encourage young girls and boys coming through and to truly make a difference in society.

“But no one teaches you how to do that, how to conduct yourself to make sure you do have a positive influence, and that is what the Minerva Network has done for me and for many of the girls I speak to. It has helped us become better balanced in our approach to our sports and to life. It has been invaluable.”