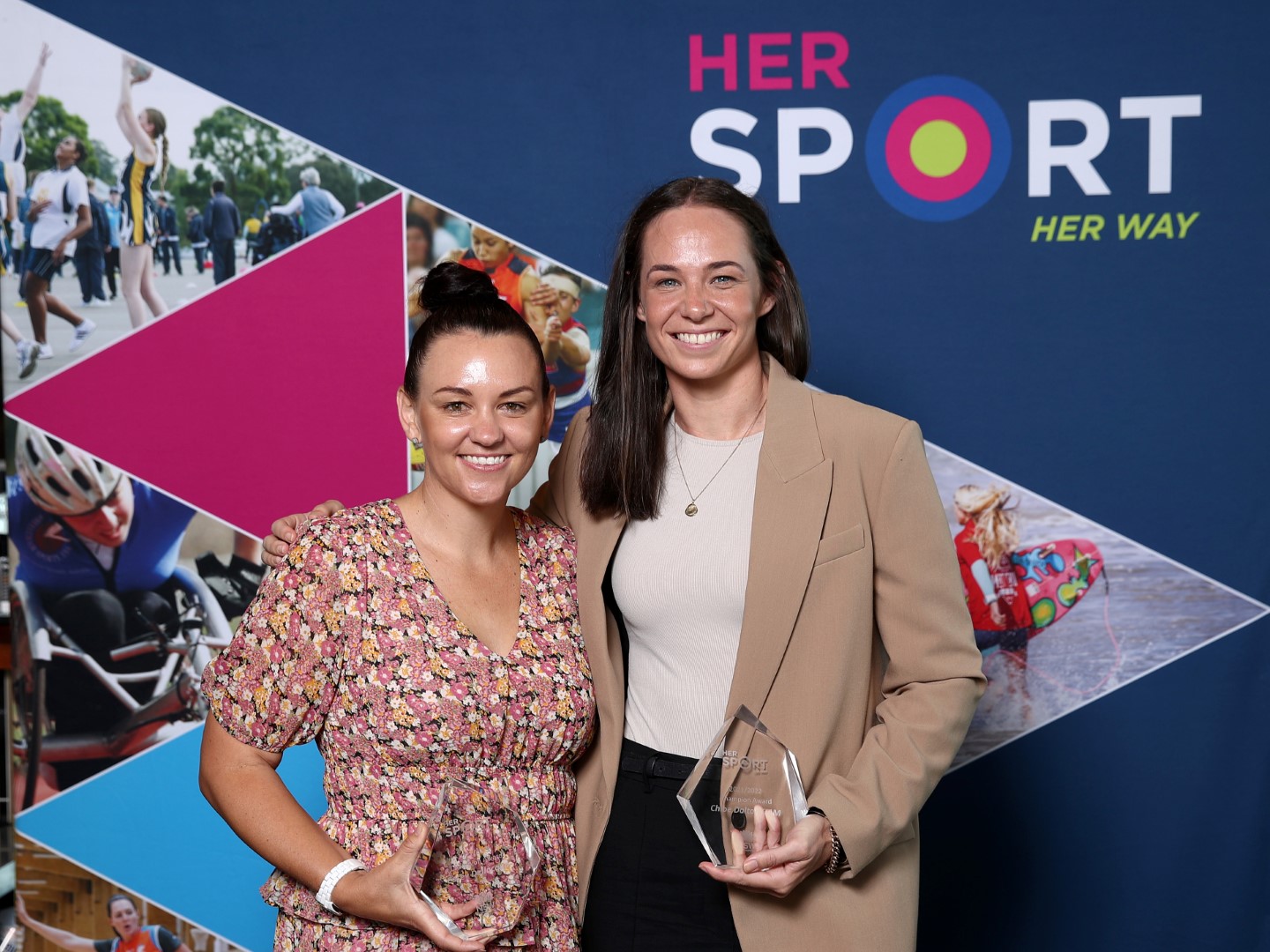 Chloe Dalton was recognised for promoting and advocating for women in sport through her platform, ‘the [female] athlete project’; campaigning for Australian Paralympians to receive the same payment for medals as Olympians; creating a merchandise line that raises money to help women and girls access sport; and inspiring those around her as an elite athlete in three sports – basketball, Rugby Sevens and ALFW.

On receiving the award, Chloe stated, "It was such an honour to be recognised alongside so many amazing people who are creating opportunities for women and girls in different sports. As an athlete, it is really special to develop an identity and a purpose outside of my sport that is having a positive impact on people’s lives. I am incredibly thankful to my amazing team at TFAP who devote hours to our mission of increasing visibility and celebrating the outstanding achievements of female athletes."

Businesswoman Belinda Rowe has been mentoring Chloe through the Minerva Network for the past 2 years and nominated her for the award.

“Chloe is a true champion and inspiration. She has created a community of 30,000 followers through ‘the [female] athlete project’ where through her interviews, she has raised the profile and access to news about women’s sport. She’s also raised $17,000 to help women and girls access sport as well as being the driver behind equality for Paralympic athletes,” said Ms Rowe.

Grand Slam mixed doubles champion and two-time Olympian Casey Dellacqua who now works in player development and as a commentator – was recognised for her work with the ‘Tennis Sheroes’ network, which aims to increase the number of women leaders at all levels of the game by focusing on leadership development.

“I’m delighted to receive this award – and look forward to doing more to pave the way for the next generation of girls in tennis and ensure we do everything we can to encourage more women to get the  paid and volunteer governance, administration, coaching, officiating and club roles across our sport,” said Ms Dellacqua.

Minerva Network Chairman and Co-Founder Christine McLoughlin AM said Chloe and Casey are role models for the community.

“We are delighted to see Chloe and Casey recognised today for their outstanding work to raise awareness and become change agents to promote gender equality in sport. They epitomise what the Minerva Network is all about – supporting and empowering elite female athletes to maximise their opportunities on and off the field,” said Ms McLoughlin.

The Minerva Network supports and empowers women in sport. It is the only organisation of its kind – offering elite sportswomen the opportunity to regularly network with other athletes from all sports and access mentoring from a network of leading professional women.

• Her Sport Her Way Awards
‍