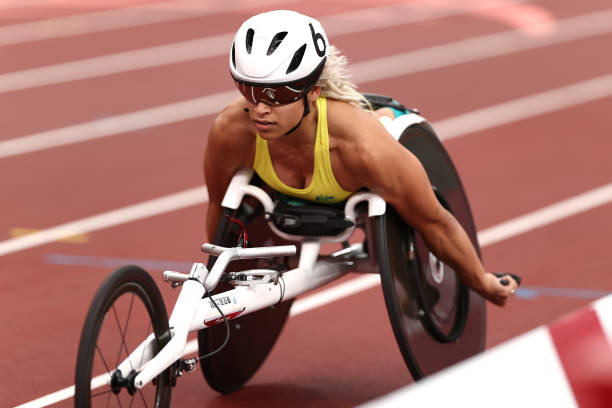 The Minerva Network congratulates athletics champion Madison de Rozario OAM for being awarded Female Athlete of the Year and Paralympian of the Year for 2020 at last week’s Paralympics Australia Awards.

Minerva Legend Louise Sauvage OAM was named Coach of the Year for 2020 for overseeing  Madison’s incredible efforts at the Tokyo Paralympics which included two gold medals in the Marathon and 800 metres, and bronze in the 1500 metres.

“This is such an honour and I hope something to provide inspiration to kids – particularly girls and those living with a disability – that you can achieve great things through hard work and determination. To be recognised on the same stage as my coach Louise who was my original inspiration to get involved in Para sport is extra special,” said Madison.

De Rozario was joined by fellow Minerva athlete Melissa Tapper who was awarded the 2020 Team Award for Para-table tennis, alongside teammates Lina Lei and Qian Yang, after winning a silver medal at the Tokyo Games.

“Being part of Australia’s best performance in Para-table tennis alongside my teammates Lina Lei and Qian Yang in Tokyo was a huge thrill. To be recognised as Team of the Year for 2020 really puts the cherry on top of what has been an incredible experience,” Melissa said.

Minerva Legend and Paralympic swimmer Priya Cooper OAM was inducted into the Australian Paralympic Hall of Fame – an honour to add alongside her nine Paralympic gold medals.

Other Minerva athletes nominated for awards at Australian Paralympics’ night of nights include:

“These athletes are quite simply, breathtakingly inspirational, and we congratulate those nominated and Madi, Melissa, Louise and Priya for this very worthwhile recognition. They epitomise what Minerva athletes are all about – pushing boundaries and inspiring us all along the way,” said Minerva Chairman Christine McLoughlin AM.

For a full list of awards and winners, visit: Paralympics Australia Award