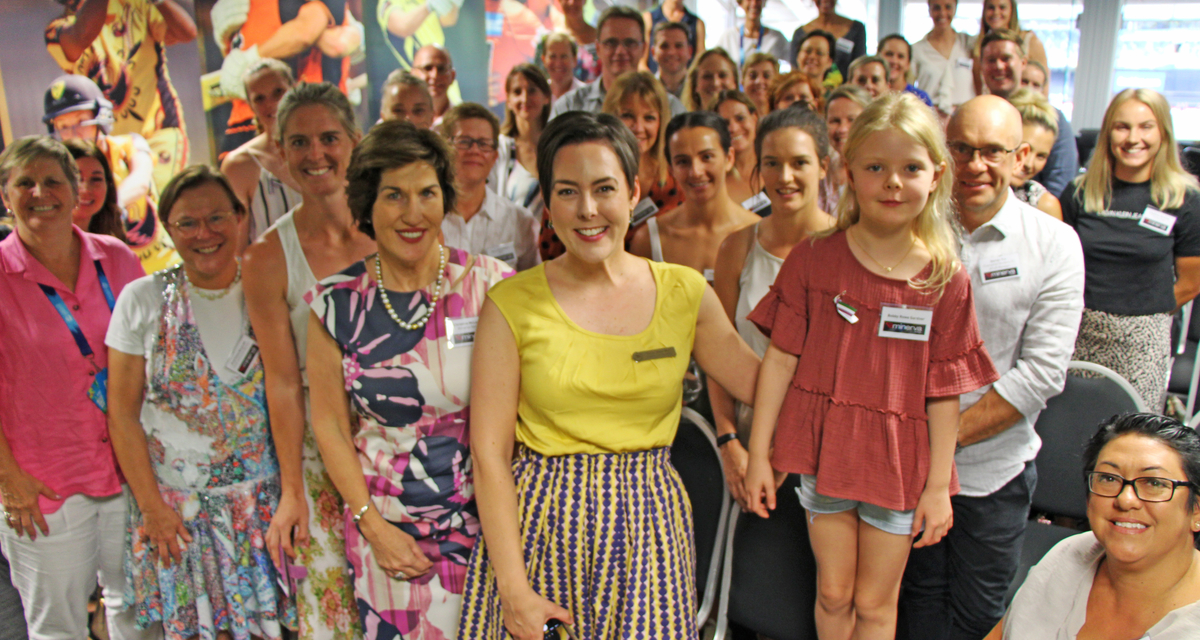 Matthews and McLoughlin set a cracking pace for Minerva Network in WA.

Minerva Network launched its new Chapter in Western Australia on Sunday 23 February 2020, at the WACA Ground ahead of the Women’s T20 World Cup match between England and South Africa.

“Her breadth of experience on the field and as well as leading an elite sporting organisation means she has a deep understanding of what it will take for us to deliver on the mission of Minerva Network,” Minerva Network Co-Founder Christine McLoughlin said.

The launch kicked off to an incredible start with Matthews and McLoughlin confirming an unprecedented number of new Minerva Stars and Mentors have already signed up to the WA Chapter.

“So far we have welcomed 15 new Minerva Stars and another 12 have expressed their interest. Seven mentors are confirmed with another 25 identified, and four athletes have already been matched with their mentors. One of our newest Minerva Stars is Hockeyroos player Jane Claxton. Jane is an Occupational Therapist specialising in burns and has been matched with Professor Fiona Wood AM, former Australian of the Year and world-leading reconstructive surgeon and burns specialist,” Ms McLoughlin said.

Minerva Star and cricketer Alyssa Healy, spoke at the launch about the value of the Minerva Network which she has “been involved with from the get-go”.

The launch of the WA Chapter comes as the Minera Network’s vision to spread its wings nationally continues to gain momentum.

The Minerva Network continues to set the pace of building a strong national network of professional support for our elite women athletes as the level of demand increases. It already works with more than 120 athletes across 25 different sports through the NSW and Queensland Chapters, led by Ann Sherry and Cecile Wake respectively.

The benefits of connecting mentors to women athletes transcends sport. Athletes are matched with someone who brings a fresh perspective to the challenges they face and can equip them with the tools they need to understand their full value both on and off the field.

“The Network has unlocked opportunities for these athletes to connect and engage with like-minded female athletes from other sports, and to access support and guidance from experienced female executives, which previously was often only offered to their male counterparts,” Christine McLoughlin said.

What’s next for this ambitious network?

Ms McLoughlin says 2020 is a significant year for women in sport. Minerva Network will try to support as many athletes as it can through the various upcoming competitions including the Women’s Cricket T20 World Cup which features the Southern Stars, the 2020 Tokyo Olympics and Paralympics, the 2023 Australia and New Zealand FIFA Women’s World Cup and national competitions such as AFLW, NRLW, Super-W and the Suncorp Super Netball.

“The plan for now is to ensure our women athletes have the resources and connections they need closer to home and where they base themselves. We are building strong working relationships with sporting codes, clubs, promoters, and corporations which will prove crucial for effective mentoring.

Minerva will be launching its Victorian Chapter in mid-2020.