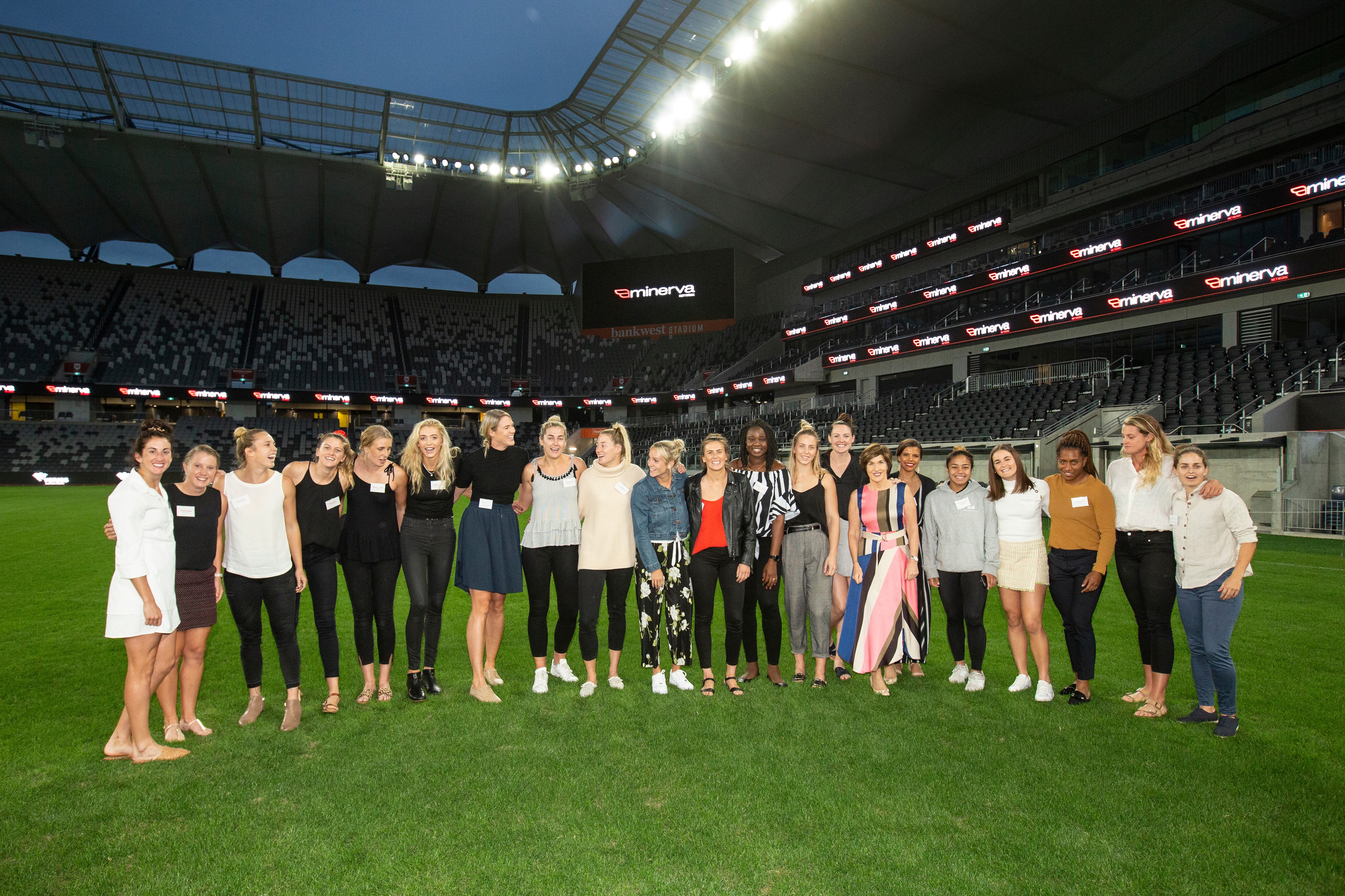 Jada, 21, who grew up in Wagga Wagga in south-west NSW but now resides in Sydney, has been presented with the Sydney Roosters & Easts Group Minerva Scholarship. The Sydney Roosters and Easts Group have committed $10,000 per annum for five years, starting in February 2021 to coincide with the commencement of the University and TAFE calendar year.

Both scholarships were announced at the Sydney Cricket Ground today.

Christine McLoughlin, Chairman and Co-Founder of the Minerva Network, said: “The Minerva Network and our founding scholarship partners the Sydney Roosters & Easts Group, and Torrens University, are thrilled to confirm that outstanding elite athletes Jada Whyman and Georgie Rowe have received our inaugural scholarships.

“The Minerva Network Scholarships Program was launched in September 2020 and is open to Australia’s elite and professional level women athletes who are Minerva Stars and who would benefit from financial support to complete or commence an Australian certified educational or vocational qualification.

“Jada and Georgie were assessed by the Minerva Scholarships Committee as Minerva Stars who are role models on and off the field, have long-term career goals linked to a proposed area of study, and a credible plan to maintain their level of sporting performance despite the study commitment.

“We know from working with elite women athletes over the past four years at the Minerva Network that they juggle training, competing, part-time work to pay the bills, and their studies. Sadly, when the pressure is on and they need to cover some of the bills, too often those studies are sacrificed. Generous scholarships such as these enable athletes like Jada and Georgie to compete, train and study.”

“The Minerva Network impressively supports elite and professional sportswomen to maximise their opportunities both on and off the field and our values are deeply aligned to this purpose.

“As an NRL Club we have a strong focus on developing rugby league pathways for girls and women. We also acknowledge the enormous efforts of all women in elite and professional sport and therefore this scholarship was available to all sporting disciplines.”

“We are excited for you to bring the passion you have on the water into the classroom.

“As a University we place a high emphasis on supporting female advancement through initiatives like our Girls in Games program and our partnership with Business Women Australia.”

Ms McLoughlin said the Minerva Scholarship program came about as a result of an approach from the Sydney Roosters who articulated a clear ambition for supporting leading sportswomen beyond the field. The Scholarship program enables a Minerva Star to role model the importance of building a pathway for off-field success.

"These scholarships are an investment in our future as the level of skill and discipline shown by our Minerva Stars in competing at the highest level are precisely the traits we look for in the world of business,” she said.

“By fostering the drive, ambition and talent of these elite women in sport we are playing a role in the development of the future business and community leaders of Australia.”

Jada Whyman is keen to pursue a Bachelor of Commerce degree at university. A proud Indigenous Australian, Jada has been working as an ambassador for John Moriarty Football, an organisation dedicated to helping young Indigenous players achieve success in the sport, in partnership with the FFA, and as an ambassador for Stadium Australia working with charities and in the community.

Georgie is keen to pursue a Master in Business Administration and Master of Public Health at Torrens University building on her background in nursing and work that she has been doing with the Bite Back program educating high school students about mental health.

The core mission of the Minerva Network continues to be to provide elite women athletes with mentors who are outstanding business leaders, provide educational workshops around areas of off-field development, and create an Australia-wide network of sports and business women with a common ambition to succeed and be role models for our communities.