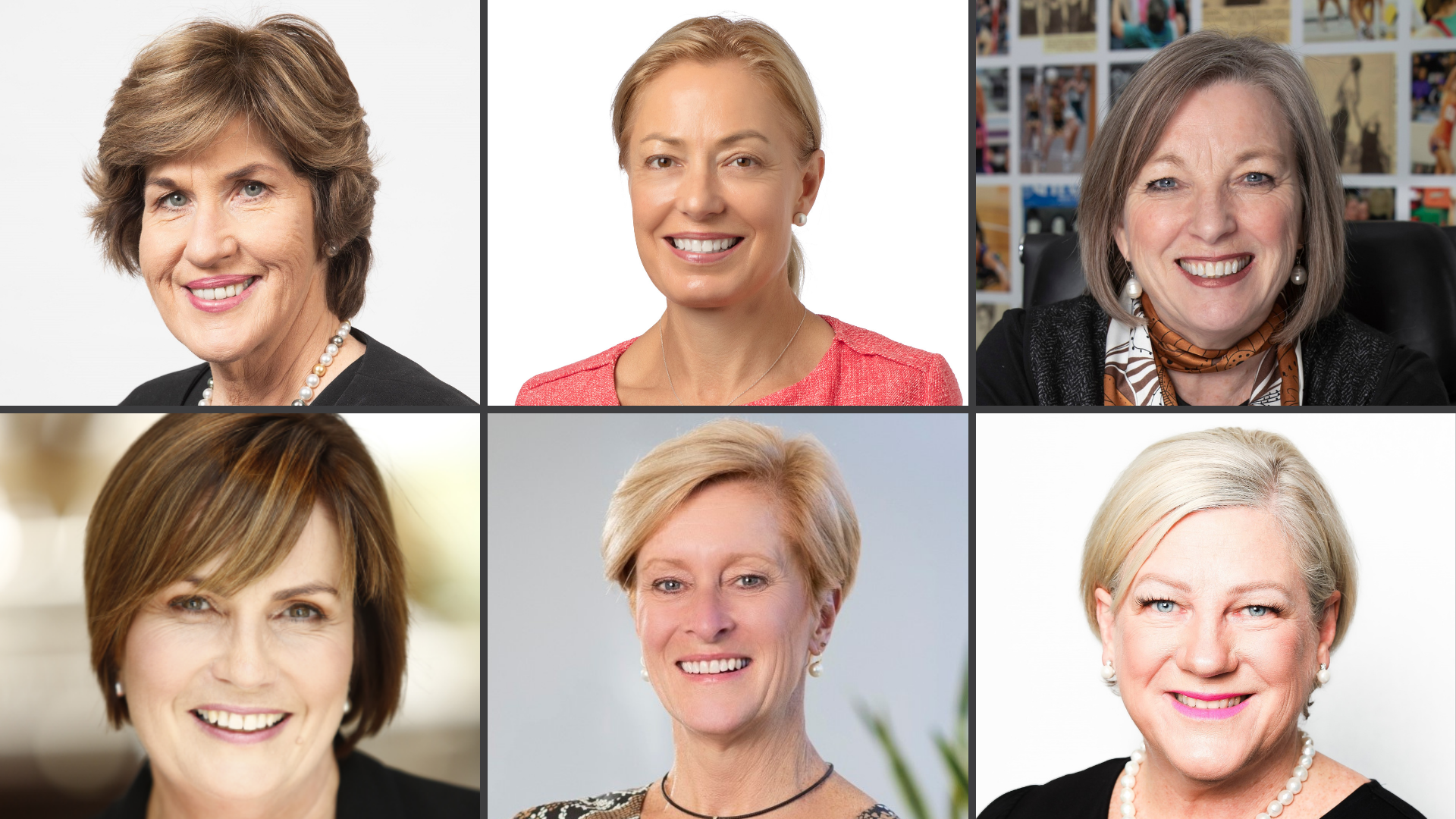 It’s a week of celebration at the Minerva Network with six members of our extended family recognised in the Queen’s Birthday 2021 Honours List for outstanding service and contributions to the nation.

The Australian Honours and Awards system provides the people of Australia the opportunity to recognise and say 'thank you' to those whose efforts make our communities and our nation a better place. These honours and awards are announced each year on the day we celebrate the Queen’s Birthday.

Fellow Minerva Network Fellow Co-Founders Sam Mostyn AO and Sue Cato AM, themselves previous recipients of Order of Australia honours, were among a host of people who paid tribute to Minerva’s honourees.

“It is absolutely wonderful recognition for our six team members. We are very fortunate to have such outstanding people devoting their time and expertise to the Minerva Network,” said Sam.

“How great to see the very apt recognition for Christine, Sarah, Vanessa, Marion, Alison and Rosie in the Queen’s Birthday Honours,” added Sue.

Christine, the inspirational leader of our Network, was awarded an Order of Australia in the Queen’s Birthday Honours for Services to Business, the Not-For-Profit Sector and Women.

Christine is a highly respected company director with an executive career spanning 25 years in financial services leadership positions. She is also Chairman of Suncorp Group, one of the country’s largest insurance companies, Chancellor of the University of Wollongong, a Director of Cochlear Limited, Chairman of Destination NSW and a Director of the McGrath Foundation.

The Australian newspaper featured Christine in coverage of the Queen’s Birthday Honours on Monday.

Sarah was awarded a Medal of the Order of Australia for Service to Tertiary Education and Sports Administration.

Sarah is an Associate Professor in Law and Marketing and the director of External Engagement at the University of Queensland Business School and a qualified lawyer. She has served on a range of corporate, government and not-for-profit boards across a variety of sectors since 2013.

She is Deputy Chair of the Brisbane Lions Football Club (https://www.lions.com.au/news/959007/kelly-a-fantastic-contributor-to-the-lions) and is a non-executive director of Tourism and Events Queensland, Events Management Queensland, the Gregory Terrace Foundation and the Wandering Warriors.

Vanessa was awarded Officer of the Order of Australia for Distinguished Service to the Minerals and Resources Sector, and as a Role Model for Women in Business.

Vanessa is an experienced Non Executive Director with a career spanning thirty years in the resources sector. Currently Deputy Chair and Lead Independent Director of Adbri Ltd, and Director of Santos Ltd, Tronox Holdings PLC and Lynas Rare Earths Ltd; she is the Pro Chancellor of Curtin University. Vanessa is a Director of Cricket Australia and was a Director of the WACA from 2016 – 2020 and Deputy Chair from 2018 – 2020.

Marion was awarded an Order of Australia for Significant Service to Urban Planning and Infrastructure Development.

Marion is recognised internationally as a leading expert in the future development of cities. As Committee for Perth’s inaugural Chief Executive Officer, Marion leads a highly respected organisation that is focused on Perth’s growth as it develops into a region of 3.5 million people.

Alison received a Medal of the Order of Australia for Service to the Community through a range of organisations.

Alison is an accomplished, professional company director and business leader with a background in HR, business and corporate governance.

Her Directorships include RSPCA Queensland and National Veterinary Care. She is a mentor not only for the Minerva Network but for Executive Women Australia’s Matching Mentor Program and is further involved in the community through The Downs Syndrome Association of Queensland.

Rosie received a Medal of the Order of Australia for Service to Sports Administration.

Rosie has been the Chief Executive Officer of Netball Victoria since 2016 and the CEO of the Melbourne Vixens since 2016. Among many other roles, she has also been a Director of Paralympics Australia since 2015 and is a member of the Sports Alliance and the State Netball Hockey Advisory Committee for the Victorian Government.

Announcing the Queen’s Birthday Honours List on Monday, the Governor-General said: “On behalf of all Australians, congratulations to all recipients. Each of these individuals are unique and their story deserves to be shared widely and celebrated.

“Collectively, they speak to who we are as a nation. There are countless examples of selflessness, commitment and dedication. There is diversity and there are examples of exceptional achievement in almost every field imaginable.