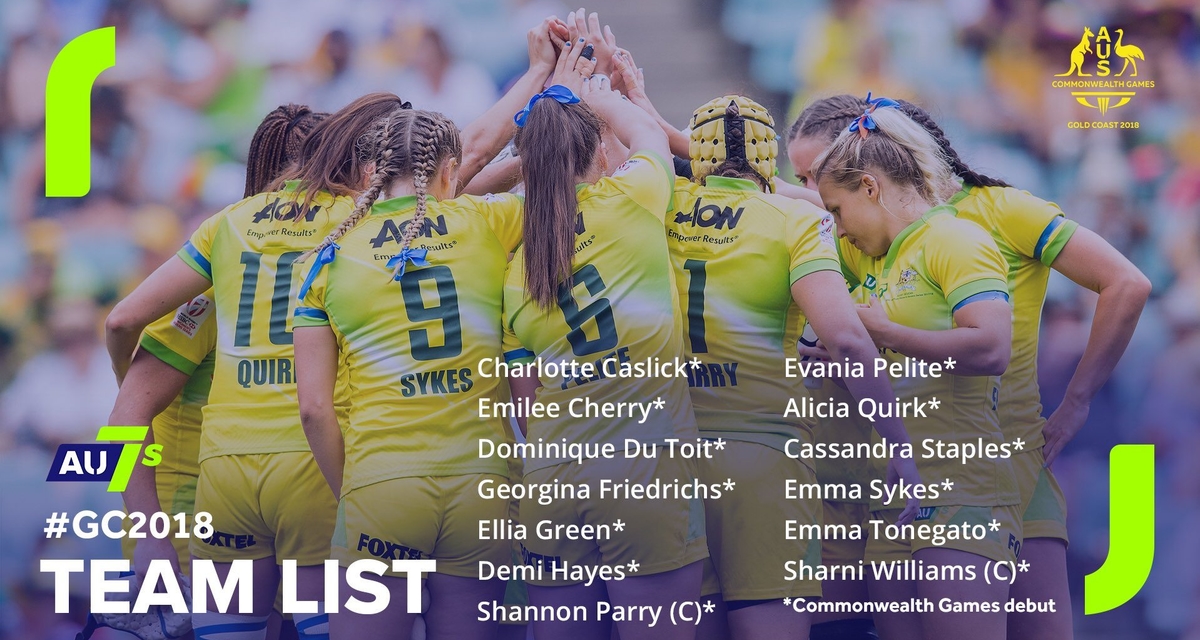 The Gold Coast Commonwealth Games will be the first to feature Women's Sevens and coach Tim Walsh has named his strongest possible squad as his side strives to continue what has been a brilliant start to the 2017/18 season.

Having claimed gold at the Dubai and Sydney World Series legs as a response to a lacklustre season following their Olympic gold medal success, attention now shifts to the Gold Coast, which will be Walsh's final tournament in charge of the team.

"We’re a really process driven team so we know that we've prepared well and we're ready to walk off the field after the last game without any regret," Walsh said.

"It's always a privilege to play at home and something that we really enjoy but in reality, it's the same size rugby field against the same number of players.

"The real difference is after the full-time whistle," Walsh said.

They also claimed a third place finish in Hamilton and have been a consistent threat to the traditional big three - Fiji, South Africa and New Zealand.

Coach Andy Friend has made no secret of his team's three big targets this year - the Sydney 7s, Commonwealth Games and Sevens World Cup - and having already ticked off one of those three targets, he has named a stellar squad to try and replicate the success achieved in Sydney.

"We targeted three major tournaments at the start of the season and the Commonwealth Games on the Gold Coast was one of those.

"We have been in some good form this season so far but I know we still have room to grow with just under a month left before the Games.

"In this squad I think we have an extremely talented group of players with the right mix of youth and experience so I’m looking forward to seeing this team perform to the best of their potential on the Gold Coast," Friend said.

"We welcome the selection of the Men’s and Women’s Rugby Sevens team, which are our second last teams to be selected for the Gold Coast," Moneghetti said.

"The Australian Men went close in Glasgow and we hope this team can perform as well, or better, on the Gold Coast while the Women have been so exciting to watch since their Gold medal efforts in Rio."