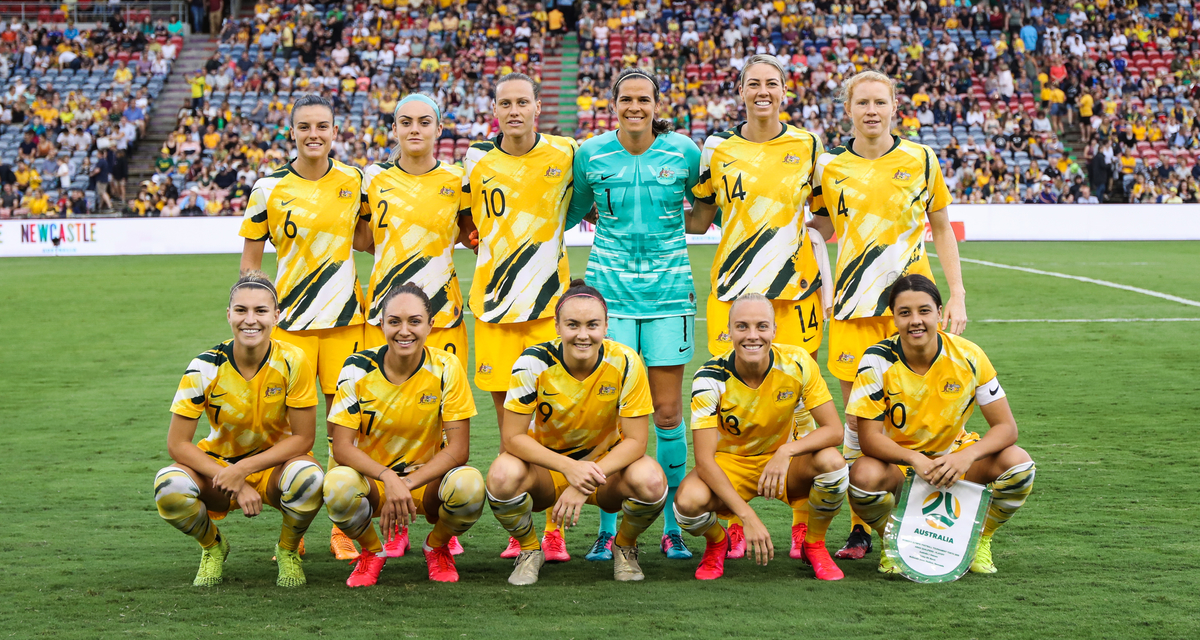 5-Star Matildas close in on a spot at Tokyo 2020 Olympics.

AUSTRALIA’S rampaging Matildas have all but sealed a place at the Tokyo 2020 Olympics after beating Vietnam 5-0 in the first leg of their playoff qualifier in front of 14,014 fans at McDonald Jones Stadium in Newcastle on Friday night.

Sam Kerr bagged a brace, with Chloe Logarzo, Emily van Egmond, and central defender Clare Polkinghorne all finding the net in the rout.

With fellow Minerva Network Stars watching on from a Suite high in the stands, Ellie Carpenter helped give the Matildas the perfect start with a beautiful cross kick for captain Sam Kerr to score in the 10th minute of the game. It was the Matildas captain’s 40th goal for Australia.

Kerr rounded out the scoring in the 80th minute from the penalty spot before being substituted a minute later, her 41st goal moving her to second in Australia’s all-time women’s international goal-scoring charts.

Emily Van Egmond, playing in front of a home Novocastrian crowd, headed the ball to Chloe Logarzo for the second goal in the 27th minute, before she added to her assist with a headed goal of her own 10 minutes later to make it 3-0 by half-time.

The return leg of the tie will be played on March 11 in Quang Ninh. Provided the Matildas can avoid a five-goal defeat in that clash, the Tokyo Games will be the first time since Sydney 2000 that both the Australian men’s and women’s sides have appeared in the Olympic football tournaments.